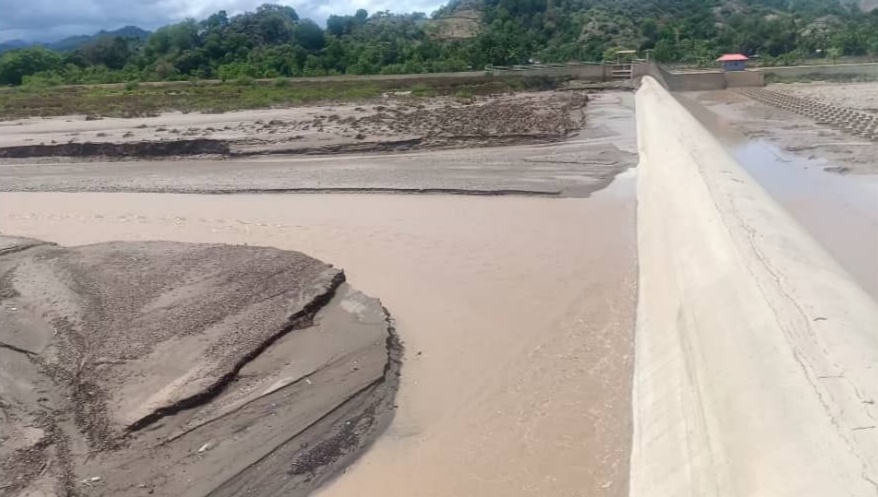 AMBENO (TOP) – For more than four years, 1700 hectares of paddy fields in Pante Makassar sub-district, Oe-Kusi Ambeno are not managed by farmers because the dam built by the government with a budget of 11 million US dollars is not functioning.

There are several hectares of rice fields which are very close of this dam but the farmers can not manage their paddy field because of no water for several years until now, and it is even worse now that in the rainy season the water from this dam also does not enter these fields.

The dam was built in 2015 and inaugurated in 2017 by the President of the Republic Francisco Guterres Lú Olo, and the Prime Minister of minority government Mari Alkatiri.

Lú Olo, who is also the President of the FRETILIN Party, stated that the people in Oe-Kusi Ambeno, especially those who live close to this dam, will no longer be hungry because farmers will manage their rice fields 3 times a year, but the fact is that after the inauguration of this dam it does not function the same once and resulted in hundreds of hectares of rice fields abandoned.

The government of the Oe-Kusi Ambeno authority led by Mari Alkatiri that this dam will benefit farmers in the Cunha, Lalisuk and Lifau tribes but the results are not there, and the people of some of these tribes have demanded and asked the government the special authority of Oe-Kusi Ambeno to find a solution to fix this dam.

"We have held a meeting with all the owners of the rice fields to repair this dam, but we cannot repair it with our own power. Thus we ask the government to immediately repair it so that it can help farmers to manage their rice fields that have been sleeping for a long time, "Gaspar Naheten, one of the owners told The Oe-Kusi Post (TOP) at the Tono dam, Oe-Kusi Ambeno, Thursday, December 17, 2020.

“Communities from four villages such as Cuña, Lalisuk, Costa and Lifau have prepared tractors, but the volume of water is not sufficient for paddy fields. I ask the President of the Oe-Kusi Special Administrative Region and his team to pay attention to this dam," he explained.

Naheten explained that it had been nearly four years since the farmers in these four villages had failed their crops because of the reduced rainfall and the dam that did not irrigate these fields.

"Before this dam, the farmers worked their fields every year, but after this dam was built, many of the rice fields are abandoned," he explained.

Responding to this, the Director of Agriculture and Development for the Special Administrative Region of Oe-Kusi Ambeno (RAEOA) Serilio dos Remedios Baba acknowledged the farmers' complaints, and also acknowledged that hundreds of hectares of rice fields had not been managed due to El Nino consequences and also bad dams.

"So, in the near future we will have a meeting with the farmers to clean the dam because there are two channels filled with mud and sand. It needs to be cleaned so that water can flow into the rice fields, ”he explained.

Author: Abilio Elo NiniWebsite: www.oekusipost.comEmail: This email address is being protected from spambots. You need JavaScript enabled to view it.
Reporter