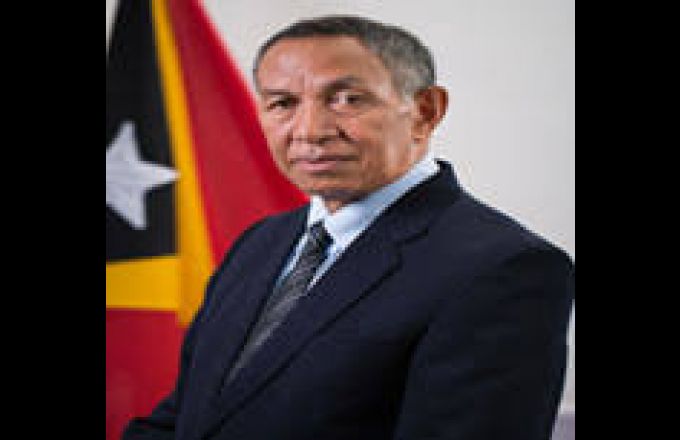 DILI (TOP) – Three political parties in Timor-Leste have lost confidence in the Chair of Timor-Leste's parliament, Arão Noe de Jesus Amaral for allegedly violating the constitution, but Arão answered the President of the Republic, Francisco Guterres Lú Olo it was necessary to immediately dissolve the National Parliament because it had been running for five months the government without a state budget.

Arão added that he still asked the President to dissolve the National Parliament in accordance with the Constitution of the Democratic Republic of East Timor.

He recalled that Parliament did not endorse the 2020 State budget on January 17, and according to article 86 letter F of the Constitution stated that when more than 60 days had not been reached, the President had to dissolve parliament.

"The National Parliament is waiting for this decision from the President of the Republic. So, now is not the time to replace the chair of Parliament, "Arão conveyed this at a press conference at the parliament building, Monday, May 11, 2020.

Three political parties namely PLP, Khunto and Fretilin have submitted a motion of no confidence to the Speaker of Parliament and demanded his replacement on the grounds that there has been no meeting for one week, and this action is a grave violation of Parliamentary rules and the Constitution.

Arão complained that he had answered a letter of no-confidence three political parties that the contents of this letter had no legal basis. Therefore, he would not hold meetings every Monday and Tuesday because according to the results of the faction chair's meeting that as long as there was no agenda, meetings were not needed.

"Therefore their accusations are not true, and I also did not receive a justification in the request letter stating that I was blocking parliamentary activities that created an institutional crisis."

The feud between political parties in Timor Leste ended with the release of the Timor Reconstruction Party (CNRT), which was established by former President Xanana Gusmao of the Alliance of Majority Changes to Progress or Aliansa Mudansa ba Progresu (AMP).

With CNRT released, the government led by Prime Minister Taur Matan Ruak left only the PLP party and the Khunto Party.

"To announce to the public that the CNRT party decided to leave the government and ask members of the CNRT government to immediately resign," said CNRT Deputy Secretary General Jacinto Rigoberto de Deus at a press conference at the CNRT Party Office in Bairro Grillos-Dilli , Monday, May 11, 2020.

CNRT Party Deputy Chairman, Virgilio Smith explained, in accordance with the meeting on April 20, CNRT will leave the alliance. "CNRT has not taken part in this eighth government. Now only PLP and Khunto are still in government with a total of 13 votes in parliament that do not represent the majority," he said.

CNRT's decision to leave the AMP itself was made after Matan Ruak submitted a list of new government members from opposition political parties. It was explained, in the 2017 elections, despite winning, Fretelin did not get a majority in the national parliament. However, President Francisco Guterres Lu Olo finally appointed Secretary General of the Fretilin Party, Mari Bin Amude Alkatiri, to become prime minister. Because they did not get a majority, the Alkatiri government program was blocked, the parliament was dissolved, and a repeat election was held in May 2018.

In the re-election, AMP was formed, Taur Matan Ruak was elected as Prime Minister of Timor Leste. But Fretelin refused to appoint 7 cabinet members from the CNRT and 2 from Khunto. As Chairman of the PLP, Matan Ruak runs a government with an incomplete government structure.

After the state budget did not pass in parliament, Matan Ruak submitted his resignation letter to the president. But after 40 days, the President did not take a stand until April 8, Matan Ruak withdrew the letter.

Furious because the President of Timor Leste did not make a decision, 19 parliaments finally filed a petition against the President on 5 May, which was followed by the resignation of CNRT from the government yesterday. And the Court of Appeal already rejected the petition but the CNRT party will answer the rejection by resubmit the petition.