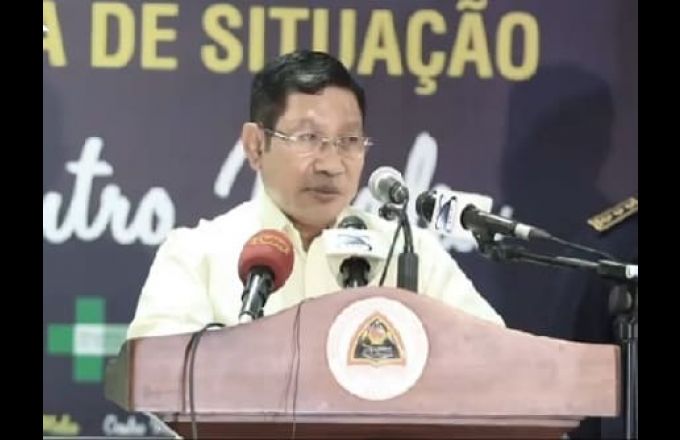 Oekusipost.com Dili - The laboratory test results that show negative in Timor-Leste have increased while confirmed cases or positive case rates have been almost two weeks without change, still remains.

This data has shown that even though Timor-Leste is fighting the deadly virus with minimal conditions, the results have shown significant and good change because the mortality rate from March to today has not yet been registered and 21 people have recovered and have gone to live with their respective families.

Coordinator of the Task Force for Mitigation and Prevention of Covid-19, doctor Sergio Lobo stated that around 854 people had followed the laboratorium  tests, and among them there were still 80 people who were still waiting for their test results and 750 people had been declared negative or free from corona virus.

Lobo explained, yesterday there were 830 people who had been tested and today it increased to 854. There were still 24 confirmed cases where 21 people had recovered and had lived in their respective homes, and there were still 7 people who were in isolation rooms in Vera Cruz Health Center to get more intensive health care.

"The total negative test results today there are 750 people, yesterday there were 692," doctor Lobo conveyed this through a press conference at the Covid-19 Media Center at the Dili Convention Center, Saturday 9 May 2020.

The former Minister of Health added that yesterday there were 114 people waiting for test results and today down to 80 people. Around 173 people are still in quarantine in Timor-Leste. This figure includes 45 medical personnel.

With this data since March until now around 2083 people have returned to their homes, consisting of 1645 in Dili, and from the municipal (district) there are 438.

Despite significant changes, doctor Lobo still asks all Timorese to comply with national emergency rules about maintaining physical distance, social distance, do not gather more than five people, must wear a mask when going out to public places, hands don't touch eyes, mouth and nose before washing hands with soap, and people should stay home to prevent transmission of the corona virus.

Author: Marcelino BataEmail: This email address is being protected from spambots. You need JavaScript enabled to view it.
Virus Corona COVID-19 Estadu Emerjensia