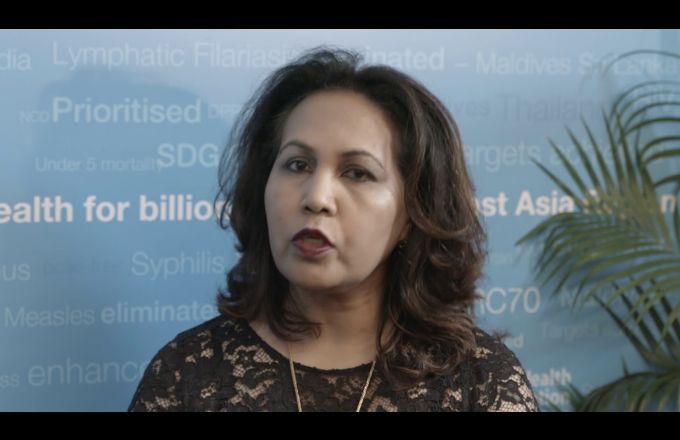 Oekusipost.com Dili – Health authorities in Timor-Leste have confirmed that there are already 3 Timorese citizens who are currently positive of the novelCoronavirus disease (COVID-19) after conducting laboratory tests.

The integrated center crisis management spokeswoman Odete da Silva Viegas said, the first case for East Timorese was recorded on 10 April, and last night the ambulance service took two more people at the Katuas Hotel in Dili and the results showed they were positive too. So there are 3 positive cases in Timor-Leste, and one case has recovered

She said, around 168 cases were suspected, and 53 were awaiting for laboratory test results, there were four (4) confirmation cases consisting of 3 Timorese and one foreigner who had recovered and is carrying out an auto-quarantine at his home in Dili.

“From these four people, you know positive only 3, a few days ago there was one case yesterday plus two more. So, there are 3 new cases, and one case that has been recovered, "she stated through a press conference at the Dili Convention Center, Monday 13 April 2020.

Of this case there were 111 negative people.

"These two friends who are now positive are in a group with one friend who was positive yesterday. There are 8 people who traveled from Kupang to Batugade. Those 8 people are in one travel car, "she explained.

She added, from Batugade they were together in one bus, and in that bus there were 25 people. This does not include the driver and two helpers.

"These two positive cases are now at the Vera Cruz health center. There are three patients there," she explained.

Nevertheless, she stated that these three people their health condition stable because there are two general medical team who supervise them, including a specialist.

According to other information compiled by the Oe-Kusi Post from the ambulance team who raised positive patients for the corona virus from March to April stated that the three East Timorese came from Kupang, Surabaya and Kalimantan. They study in some of these places in Indonesia.