Journalists in Myanmar are scared. They have good reason to be. Coup leaders who took control of the country two weeks ago now have them firmly fixed in their sights. Official warnings have been sent to media outlets to caution that breaks of the amended Penal Code will come with harsh jail sentences.

Myanmar’s journalists didn’t have it easy before the coup, despite Aung San Suu Kyi and her party, the National League for Democracy (NLD), being in government. Reporters were frequently jailed on false charges and, under the excessively harsh Article 66(d) of the 2013 Telecommunications Law, many were sued or threatened for criminal defamation.

Yet voters kept faith with Suu Kyi and in the November 2020 elections returned the NLD with a massive 83% of parliament seats. Compared to the military’s proxy, the USDP’s measly 33 seats - the NLD now held 396 seats out of a possible 476. Critically, the election win had given Suu Kyi’s NLD an advantage in parliament to potentially introduce changes that would curb the military’s wealth and weaken its control of the country. Threatened by talk of economic reforms and amendments to the 2008 Constitution, the military responded with a coup d'état.

In the early hours of Monday February 1, 2021, instead of enjoying the opening of the newly-elected parliament, President Win Myint and State Counsellor Aung San Suu Kyi were taken from their homes at dawn and locked-up along with national and regional political leaders, activists and NLD officials accused of election fraud.

Myanmar’s people took to the streets. Civil servants, doctors and nurses, students and workers marched city streets to protest the military’s 12-month imposed ‘emergency rule’, which meant the country would now be run by a 16-member State Administration Council led by the Commander-in-Chief, Min Aung Hlaing.

Journalists working the frontlines of the protest told the International Federation of Journalists (IFJ) that wearing ‘PRESS’ signage did not guarantee their safety. A photojournalist operating in the northern Myanmar city of Mandalay said police and soldiers could be seen using sling shots and air rifles. This sounds harmless enough until the damage done by being hit by a steel bolt or a hardened clay ball is seen. Smashed flesh and bones needing hospital care is common. Eyes are a major concern as injury usually results in loss of sight.

Photojournalists explained to the IFJ what damage these weapons can do. “The worst part is there’s no noise with these, until the person is hit. Injuries have been to faces, legs and arms, it hurts and it breaks. We know the army and police is targeting journalists, we are at the front with the protestors. We know we are being singled out, filmed. I dare not go home at night. I’m too afraid.”

Under new Penal Code amendments signed in by coup leader, General Min Aung Hlaing, not going to your home now has to be reported. Staying with friends, colleagues or family therefore comes with risk, as it alerts authorities to breaches of the Code. Residents now have to inform authorities if they have overnight visitors and of their arrival and departure times.

Section 124-A is blatant in its attempt to suppress and gag journalists, writers, cartoonists, photographers, bloggers, artists and activists: “Whoever by words, either spoken or written, or by signs, or by visible representation, or otherwise, brings or attempts to bring into hatred or contempt, or excites or attempts to excite disaffection towards the Government established by law for the Union or for the constituent units or the Defence Services or Defence Services Personnel shall be punished with imprisonment which may extend to twenty years with fine or with imprisonment which may extend to seven years.”

The Penal Code states hindering or diverting defence officers and government workers from their duties risks a seven-year jail sentence and or a fine. People seen to be ‘sabotaging’ the success of the defence forces and law enforcement agencies in maintaining the stability of the state will cop a 10 to 20-year jail sentence.

Police and army have now been given unfettered authority to enter homes to search and arrest without warrants. They can detain suspects for 24-hours without court permission. Other sections of the Penal Code list a range of fines and jail sentences – including 20 years, 10 years, seven years and three years for alleged breaches.

A Yangon journalist told the IFJ this has made some reporters afraid to go out and report.

“My friends take more risks, but I’m scared. It has definitely made me more cautious to approach sources for comment. Government spokespeople have said there are no guarantees given to journalists, especially if their work incited conflict, they could expect action to be taken.”

A blunt official letter from the Ministry of Information on February 12 cautioned media and news outlets what they can and cannot do. Specifically, media practitioners are warned against referring to the military-appointed State Administration Council as a ‘coup government’, the military as ‘coup leaders’ or to the ‘coup’ itself citing that it is against journalist ethics. In its dictate, the Ministry tries to reinforce the military message the coup was necessary and the military acted according to the 2008 Constitution and that it appointed the State Administration Council to carry out its task according to so-called state emergency guidelines. The letter insinuates reporting by “some media outlets was encouraging civil riots.”

Journalists in Myanmar are familiar with being harassed, shot and arrested for doing their job. Win Hlaing (not his real name) has covered Myanmar’s conflict stories for twenty years – workers protests at mines that turned violent, Burma Army attacks on ethnic villages – and has felt the wrath of authorities for doing his job.
He explained to IFJ of the difficulties of working in Myanmar.

“If we look at the current situation we are back to the bad days. Their [military] mindset is not capable of understanding what journalists do. To them we are troublemakers, we spread news that they want kept quiet – that’s why we are targets. They want us silenced.”

Win Hlaing considers the few options journalists have to protect themselves.
“It’s better we stay together in a large group strong, if we are only two or five it’s easy to arrest us. They fired weapons at protestors in Myitkyina (Kachin State) and arrested five journalists. Using PRESS signage to identify as a journalist while working alone puts you in danger.”

Win Hlaing warns the military will not only target journalists on the streets, but also on online in a bid to silence them. The military junta is said to be planning to have its State Administration Council pass cyber laws with powers to check user data, block websites, shut down internet and jail critics and people who do not comply with its orders.

An alliance of 158 local civil society groups issued a statement on February 11 condemning the Junta’s cyber laws. The alliance said the bill “violate human rights, including the rights to freedom of expression, data protection and privacy, and other democratic principles and human rights.”

The cyber law would allow the military to have access to data, block websites, phone numbers, ID cards, posted content and capacity to run unchecked surveillance operations. Win Hlaing explains the military is determined to silence journalists and its critics, and the cyber law is to be expected. In the days after the coup, Facebook, Twitter and other social media platforms were shutdown in an attempt to silence its critics and opposition. “I’m sure they are already tracking us, who we work for and our international connections,” added Win Hlaing.

The military has imposed a nighttime curfew from 8pm to 4am, enforced temporary Facebook bans and it shut down the internet from 1am to 9am, on Sunday, February 14 and for 24 hours on Saturday, February 6.

Journalists told the IFJ, tanks are still on the streets, heavily armed troop numbers have increased and people are still being unlawfully taken in their hundreds from their homes by authorities in early morning raids.

“There are rumors 23,000 released criminal prisoners are being armed by army and police and sent into residential areas after dark to cause fear. Residents are patrolling, taking precautions against possible intruders – people could get hurt. Without credible news reporting people won’t know if this is truth or misinformation,” one said.

A journalist based in Karen State pointed out to the IFJ how reporting ethnic issues has always been complicated due to the fact that they are usually covering atrocities committed by the Burma Army against ethnic people.

“The coup has not made any significant difference for us yet, but the current situation adds uncertainty to our reporting.  We don’t know how the Penal Code will affect our work. This is important as we’re currently covering an ongoing story of 7,000 Karen villagers displaced by the Burma Army shelling their villages. The Burma Army has blocked aid getting to the displaced people so reporting this could be regarded as a breach by the State Administration Council.”

The journalist said: “colleagues were worried conditions could deteriorate and we are back to the bad old days of being followed, photographed and interrogated by military agents.”

A worried Yangon-based journalist told the IFJ that local reporters are feeling the strain from threats to their security from the new laws released by the junta’s State Administration Council.

“There is no regard or respect for press freedom. The military target us and will take revenge for our reporting if we break their rules. They are careful how they handle foreign media like RFA, VOA, and BBC, but for local journalists, they are ready to eliminate us anytime.”

Myanmar’s media under the coup was republished with permission from the IFJ.

Phil Thornton is an adviser for the IFJ in the Asia-Pacific. 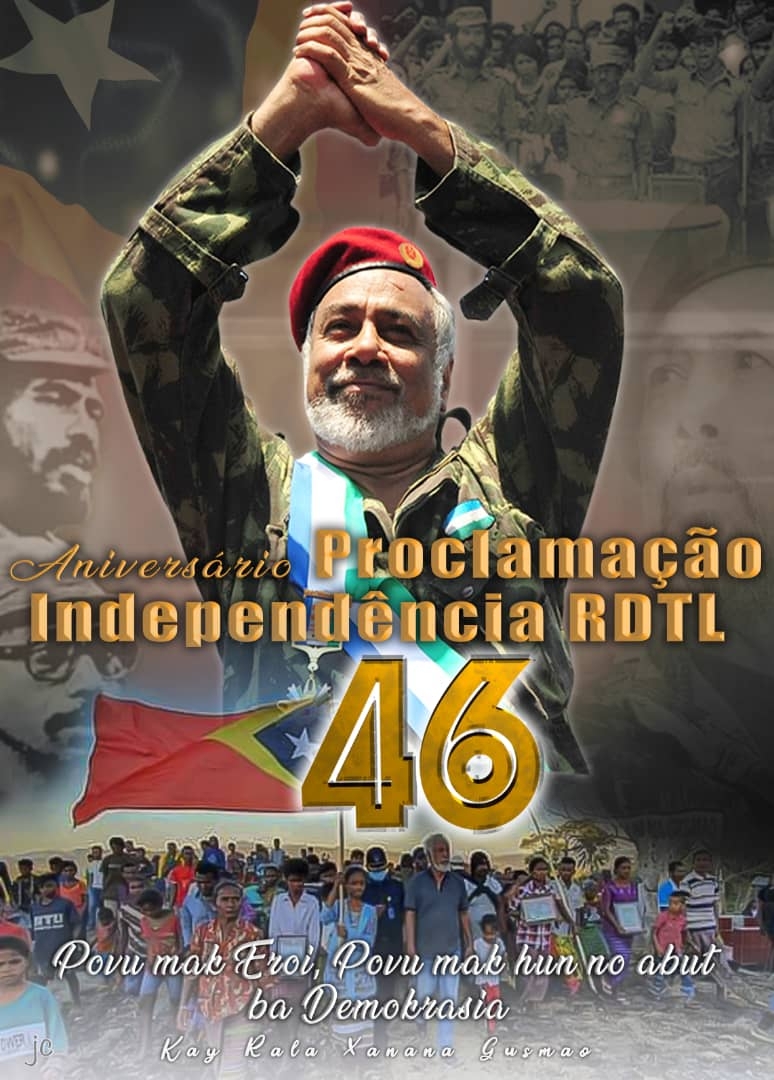