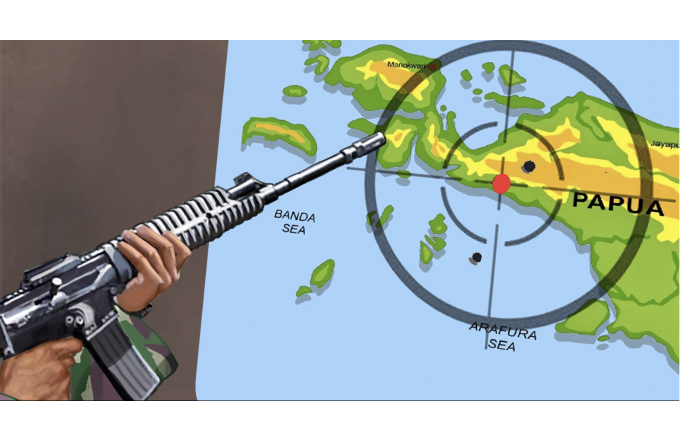 Ramos-Horta, joint recipient of the 1996 Nobel prize for efforts to bring independence and peace to Timor-Leste, which suffered a brutal Indonesian occupation for nearly a quarter century, said he believes the Papua region’s future is within Indonesia, not as a separate state.

“I heard only this morning very worried about it because it’s only escalated the use of force in West Papua, and I can only say that the message to everyone in Indonesia and West Papua is to find ways to end this conflict by dialogue and I know president Jokowi always wanted to resolve the problem of West Papua,” Horta said in a press conference in Farol, Dili, Wednesday April 28, 2021.

The Free Papua Organization (OPM) admitted that it was responsible for the shooting of the Head of the Papua Regional National Intelligence Agency (Kabinda), Brigadier General TNI I Gusti Putu Danny Karya Nugraha, until he died on Sunday April 25, 2021.

Spokesperson for the West Papua National Army-Free Papua Organization (TNPB-OPM), Sebby Sambom said that Kabinda Papua was killed by a stray bullet during a gun battle.

At the time of the incident, Sebby said that his party was involved in a shootout with the TNI-Polri apparatus. Then, said Sebby, the troops considered all officers as enemies, so they were used as targets for shooting.

Sebby claimed that no TPNPB troops were hit by gunfire in the incident. It's just that, after the shootout, his part is increasing the alert status of the TNI-Polri apparatus.

"We are all safe, but we are on alert at that location. And we are also ready to make armed contact with the TNI and Polri," he said.

With this incident the President of the Republic of Indonesia, Joko Widodo ordered the TNI commander and the Chief of Police to chase and arrest all members of armed groups in Papua.

Jokowi emphasized that the government did not provide a place for armed groups both in Papua and throughout the country.

The conflict between Indonesia and the Free Papua Organization, who number perhaps just several hundred, flared again last few years ago when armed separatists in Nduga killed at least 17 people working on a trans-Papua highway construction site that’s a key part of President Joko Widodo’s efforts to bring development to the impoverished region.

The government has said accusations that the military fired at villages with white phosphorous projectiles, a banned chemical weapon, in retaliation are “totally baseless, nonfactual and gravely misleading.” At least four people were killed in the security operation. Wiranto, the top security minister, has rejected the idea of talks.

Police have arrested then released hundreds of suspected independence supporters and raided offices of the West Papua National Committee, a civilian group that advocates for self-determination. In Timika, police occupied the committee’s secretariat, graffitied it with slogans such as “Indonesia Forever” and demolished symbols of the independence movement.

Ramos-Horta, Timor-Leste’s president from 2007 to 2012, said restraint is needed on both sides.

“So first, they must give up on armed attacks on Indonesian civilians or military authorities, but at the same time the Indonesian military also have to restrain themselves from not cracking down, attacking … people every time they demonstrate,” he said.

An independence movement and an armed insurgency have simmered in the formerly Dutch-controlled region since it was annexed by Indonesia in 1963. Indonesian control was formalized in 1969 with a referendum known as the “Act of Free Choice” held in an atmosphere of heavy intimidation in which only 1,026 Papuans were allowed to vote.

Nowadays, indigenous Papuans, largely shut out of their region’s economy, are poorer, sicker and more likely to die young than people elsewhere in Indonesia. Decades of Indonesian military brutality and impunity have contributed to deep resentment of Indonesian rule.

Ramos-Horta, however, said the situation in Papua is not comparable to East Timor’s independence struggle and there’s no role for the U.N. in the conflict.

Timor-Leste, Ramos-Horta said, was a Portuguese colony for more than 400 years before Indonesia invaded in 1975, whereas Papua was part of the Dutch East Indies empire that was the basis for the borders of modern Indonesia.

Author: The Oekusi PostWebsite: https://www.oekusipost.comEmail: This email address is being protected from spambots. You need JavaScript enabled to view it.